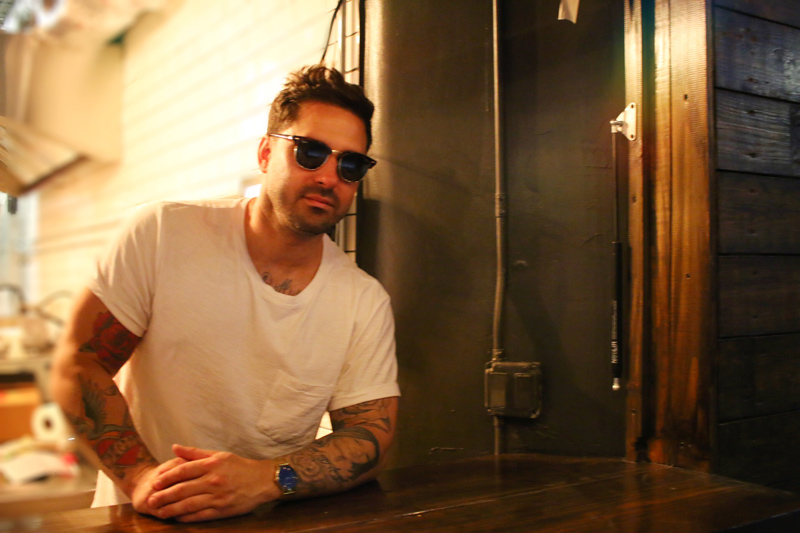 I'm a Cuban American born in Miami. I grew up in the nostalgia of South Beach and the Art Deco scene in the 305. Since the day I can remember I was always thinking about my next meal.

I grew up with grandmothers that were probably cooking 12 hours of the day or at least that's how it seemed. Where every 5 minutes they asked you if you were hungry. The smell when you walked into that house was like no other and the taste of the first bite made you close your eyes. It brought the family together, it made you tell stories but most of all it made you think of a country that may not have much but which had so much soul. The core of our passion for food and our desire to share it is deeply rooted by an unpredictable source, my Grandfather or as we called him Tito. You see he was a business owner in Cuba, who became a milkman for Borden upon arriving the U.S. in 66' settling in Miami, later a Traveling Businessman for LUMS Corp and eventually gave it all up to follow his dream of owning a Cuban restaurant called "Mi Habana."

At 32 I was able to visit the beauty that is Cuba and it literally changed my Life. I had chats with my great-grandmother Mama who was full of life at the age of 103 but who now rests in peace. I visited underground lounges where my cousin was a musician at and where the sounds of salsa, merengue, and lazy bungalow filled the room with such energy that not even I can explain. I was able to walk into random people's homes & listen to stories of people I didn't know but it still seemed like family. These are called Paladares, which I guess you can say is a mini restaurant in your own home. I came back inspired to do what I've wanted to do my whole life. Open up a Ventanita in NYC and serve the people what I've grown up in my whole life. I want to speak for the Cuban people through food, through bites, by making you close your eyes. I want you to truly taste... CUBA!